Performance at a Palestinian School on October 26 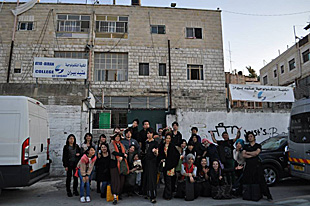 We were invited to perform at a school which is located in a neighborhood where a terrorist attack had been carried out by the Islamic extremist group, Hamas a couple of days before our visit. Even as a compliment, we would not be able to say this school was typical since it was so small and underprivileged. 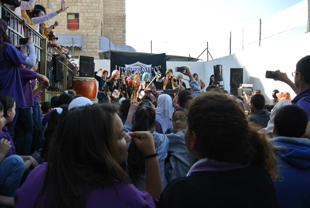 There has been longstanding hostility resulting in a deep chasm between the Palestinians and the Jews. This complex issue cannot be comprehended by the rest of the world. You would have no clue of this matter unless you go visit them, talk to the locals and observe their lifestyles. At any rate, this conflict is serious. 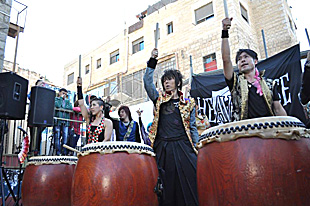 However, we received a cordial welcome from both groups since we are Japanese.
It is true that East Jerusalem is not as safe as West Jerusalem, but we were not treated like Jews. As soon as the people in East Jerusalem found out that we hail from Japan, they welcomed us with smiles. This made it clear, especially in the Middle East, the Japanese are favorably accepted.

The children were like angels when they smiled; their bright eyes were so pure.
We had the Palestinians loudly sing, " 上を向いて歩こう Look at the Sky". Just as a side-note, remember that this is HEAVENESE' song, not Kyu Sakamoto's.
After our performance, the Palestinian students performed their ethnic dance for us. At the end of our performance we danced together, so it turned out to be a festival.

Palestinians and Japanese were unified in song and dance. We were greatly encouraged and celebrated the audacious spirit which choose to love each other instead of hate. 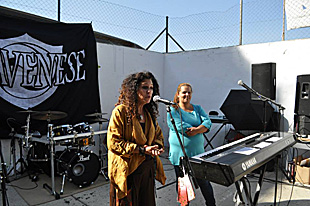 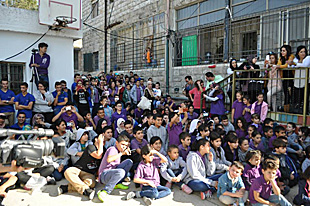 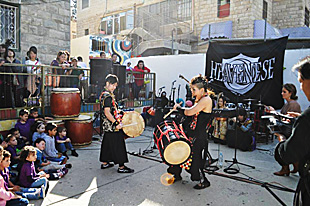 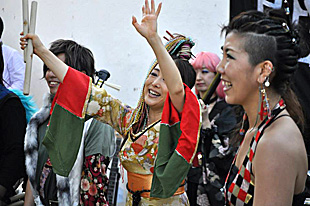 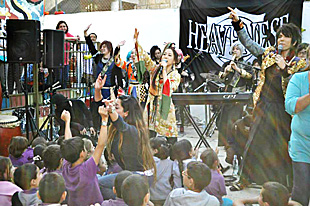 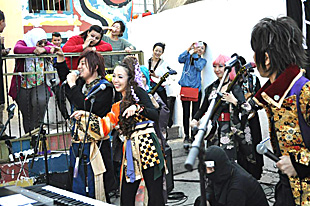 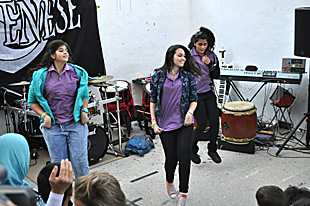 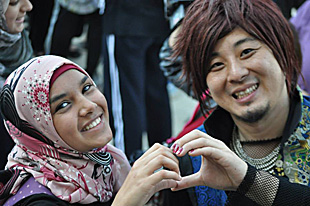 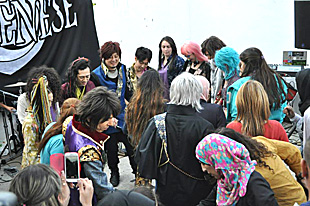 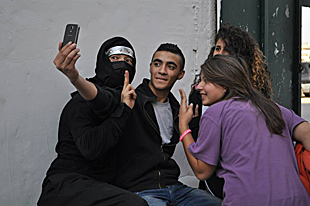 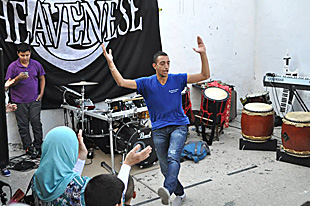 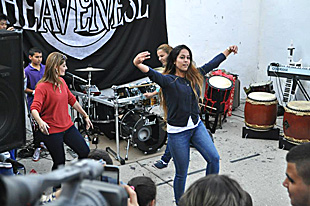